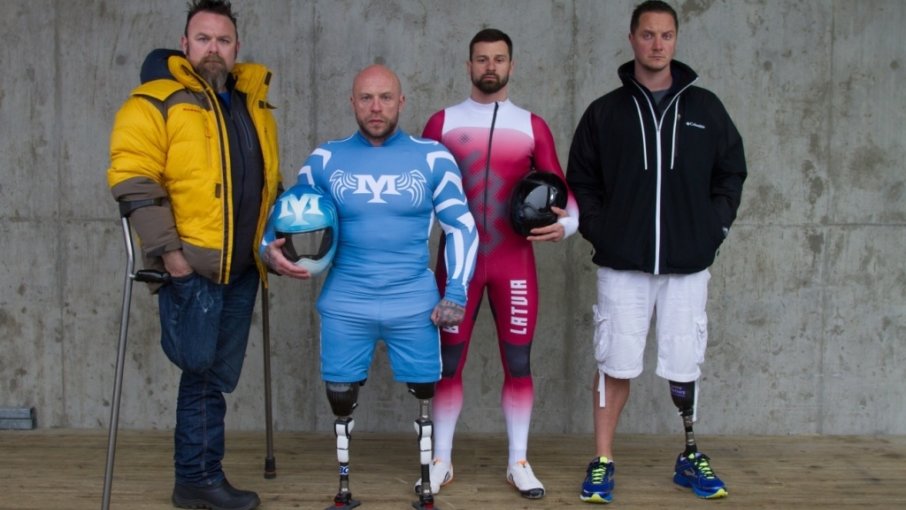 Slider: Ice Warrior Challenge follows the extraordinary and inspirational journey of a double amputee determined to smash any obstacle in his path. After losing both legs while in Afghanistan finding and destroying IEDs with the Royal Engineers, Micky Yule proved himself a fighter by refusing to be beaten by his injuries. Sport and more importantly the Olympics, were Micky’s inspiration and driving force during recovery and he subsequently redefined himself as a champion powerlifter. Now this warrior is thirsty for a major new challenge and is testing his limits in the sport of skeleton which is both highly dangerous and seemingly impossible for anyone with missing limbs. Micky is joined by two friends, also amputees, who support him through the highs and lows of becoming the first double amputee ever to take on the skeleton. He is using the latest tech, to take on reigning able bodied world skeleton champion and Olympic medal-winner Martins Dukurs.