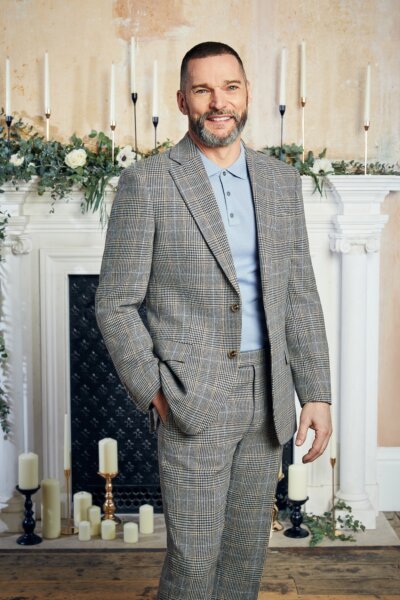 A glamourous, luxury hotel in Southern France paired with endless sunshine sounds like a luxury break for most people – but not if Fred Sirieix has anything to do with it. Far from playing Cupid, we’re about to see a side to Fred we’ve never seen before, as he takes on his biggest challenge yet.

Giving back to the industry in which he made his name, and which almost buckled under the weight of a global pandemic, Fred’s Last Resort w/t (8x60’), we will see our favourite French maître d, recruit 10 young people at a crossroads in their lives and throw them into a life changing, highly demanding role in the exacting world of luxury, high-end hotel hospitality.

Our new recruits will have to lose the lounge wear and smarten up their appearance and attitude, as there is a challenging road ahead.

Located in a spectacular hotel on the French Riviera, the area where Fred himself trained as a youngster, the team will welcome demanding clientele from across the globe who will expect nothing less than premium service. Following strict rules and tackling all types of challenges, it’s up to Fred and his recruits not to disappoint, but will Fred be able wrangle his unruly recruits into keeping the hotel experience up to his high standards?

If the recruits make it through the season, they will not only have learned some very exclusive, new transferrable skills to help them succeed in life, but one of them will also receive a life-changing role, a sought-after internship at a top tier hospitality group. However, if any of the staff don’t step up to the plate, Fred won’t hesitate to say, ‘au revoir’.

Karl Warner, Head of Youth and Digital at Channel 4 said: “Viewers are going to be treated to seeing Fred like never before. Pushed to his limit and well and truly out of his comfort zone, he’ll be marshalling his wet behind the ear and naïve assistants as he tries to transform them into an elite hospitality team. The series promises all the intense drama and humour our audiences love on E4 and All 4 – bonne chance, Fred.”

Fred Sirieix said: “The hospitality industry changed my life when I was just 20. It taught me the skills for success. Last Resort promises to not only be a dramatic and fun filled series, but it will also give our young contestants an insight into the world of high-end hotel management whilst developing valuable and transferrable skills in hospitality. It’s an opportunity that could change their lives, as it did mine.”

Fred’s Last Resort is co-produced by Betty TV and Canard, both part of Objective Media Group, and Motion Content Group. It is executive produced by Cam de la Huerta, David Harrison and Helen Cooke for Canard and Betty TV, and Martin Oxley for Motion. It was commissioned for E4 by entertainment Commissioning Editor, Steven Handley and Head of Youth and Digital, Karl Warner. The series will be distributed by All3Media International.

Will Fred be able to transform these rookies or will it truly be Fred’s Last Resort? Find out when the series lands later this year on E4 and All 4.

Motion Content Group funds, develops, produces and distributes both original and third-party premium content to create value and opportunities for its partners and advertisers.  Working with the world’s leading talent, producers and distributors Motion aims to support the editorial, creative and commercial requirements of over 200 networks and platforms.  Headquartered in London and Los Angeles, Motion currently operates in over 30 countries worldwide and has a broad range of award-winning programming distributed globally.